The fauna of the forests of Somogy

Due to the different terrain and soil conditions of the county, there are several forest types in Somogy, named after the dominant species. These forests all have unique and distinctive plant associations featuring special species not found elsewhere.

The Zselic Hills has a low average annual temperature of about 10 °C, and receives 700-800 mm of precipitation, which favours silver linden and beech forests. The beech typically grows in the hills and mountains in Hungary, and needs the highest humidity among all domestic tree species. It is easily recognizable by its strikingly smooth and shiny grey bark. In Hungary only these type of forests are home to shrubs of Mediterranean origin, such as the butcher’s-broom and the mouse thorn, which are both protected evergreen species, with red berries and a diameter of about 1.5 cm. Their peculiarity is that what appears at first glance to be a leaf, is actually a flattened stem of the plant. One of the earliest flowers of the spring is the dog’s-tooth-violet, which has purple-red or pinkish flowers. If not in bloom, the plant, which belongs to the lily family, can be recognized by its slightly fleshy leaves covered with brown spots. The Alpine cyclamen brandishes similar, purple-pink flowers, however, there are white varieties as well. It is a small perennial plant, preferring semi-shaded areas. The flowers bloom from July to late September, during which they exude their characteristic fragrance. When ripe, the flower’s core rolls up just like a spring, pushing the seeds away, allowing it to multiply easily in its suitable habitat. Its rootstalks are poisonous.

The rust-brown soil of Inner Somogy’s sandy plains is home to hornbeam and oak forests. The common oak is a plant with a high demand for light and water, which means it is found in the middle of meadows and clearings, sometimes on its own. Its bark is thick and cracked, especially in older trees. The oak is most easily identified by its oval, 4-6 lobed leaves. Its Hungarian name derives from the fact that its glossy oily acorns hang on long stalks. It has a close relative, the sessile oak, which also lives in the forests of Somogy, but its acorns sit on very short stalks. Oak forests are ideal for mushrooms as well. The ash three can grow up to heights of 35 m, and the circumference of its trunk can reach 6-7 m. The bark of the younger trees are smooth, the cracks appear only after a couple of decades. Its canopy turns purple-maroon in the fall. The primrose lives in the undergrowth. It is a small, 10-15 cm flower. Being a perennial plant, we can encounter them at the same place in the forest year after year. Its sulphur-yellow flowers bloom in early spring. The species is also popular as a garden ornamental plant, and because of its shape it is sometimes called St. Peter’s key.

The hilly terrain is also associated with Turkey oak and sessile oak forests. Here, in addition to oaks growing to around 30 m high, the second level of the canopy is often provided by the medium-sized, typically 10-20 m high hornbeam trees. Their common feature is that their leaves turn colour and wither in autumn, but not all of them fall down. One can often see last year’s leaves on the branches during the spring leaf out. The light coloured leaves of the hornbeam can be recognized by their bulging veins, and the trunk is very similar to the beech tree. Its flowers are 2-5 cm long hanging catkins. As it is quite tolerant of shearing, it is also used for planted hedges. People used to craft tool handles from its hard and durable wood. The Iris variegate, which is an asparagoid lily, prefers forest edges and clearings. It is easily recognizable because of the petals of its flower are yellow, while the tepals are veined with violet colour. It blooms during late spring and early summer.

We can find alder carrs in the marshes and over the wet soil lacking in lime, alongside the Drava river. The most typical tree species here is the quickly growing and long-standing common alder. Its fruit can be easily mistaken for a conifer cone, but in fact it is a so-called false cone, containing many small seeds. When felling, the colour of the wood is white, but after exposed to air oxidizes to orange red. Due to its tolerance against moisture, the wood had been used for poles driven into the ground and for the construction of bridges. An exceptionally beautiful flower of the wetlands is the snake’s head fritillary. Its large and heavy flowers are purple with a characteristic chessboard pattern. On rare occasions one can encounter white specimens as well. The plant starts to bloom only after 5-8 years, but can live up to 30 years. It is poisonous, especially for grazing mammals. 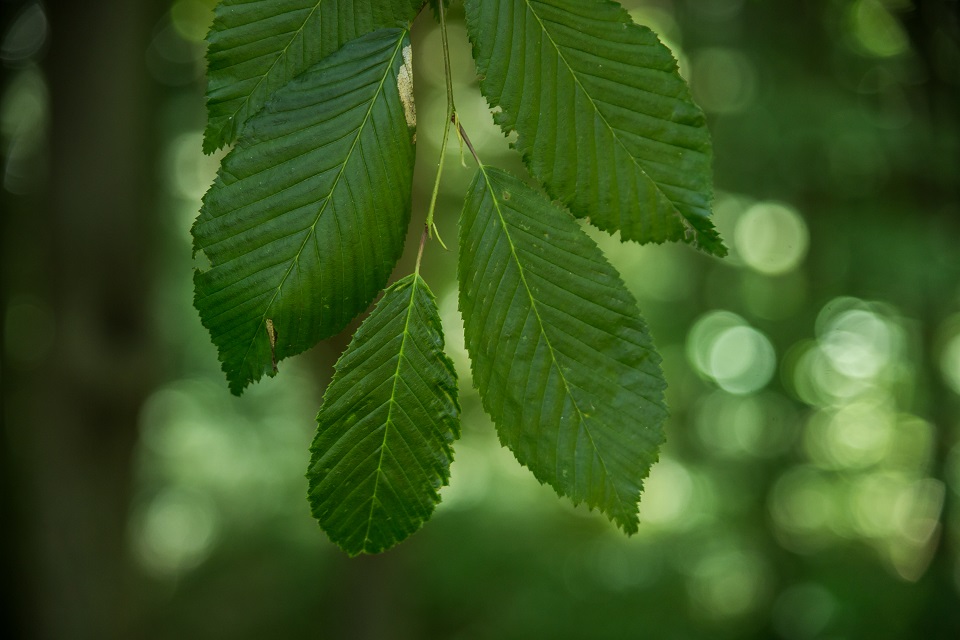 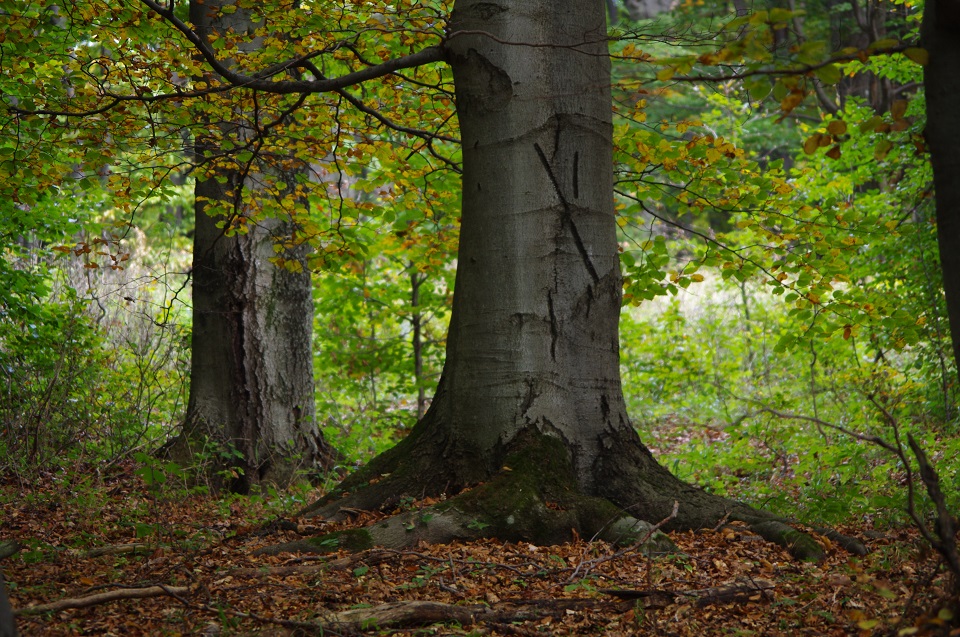 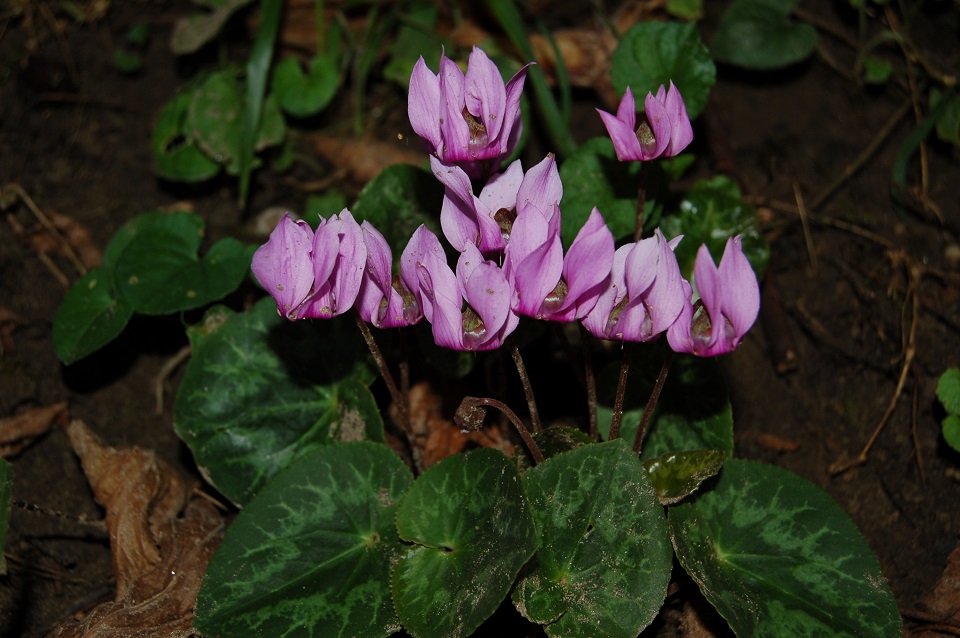 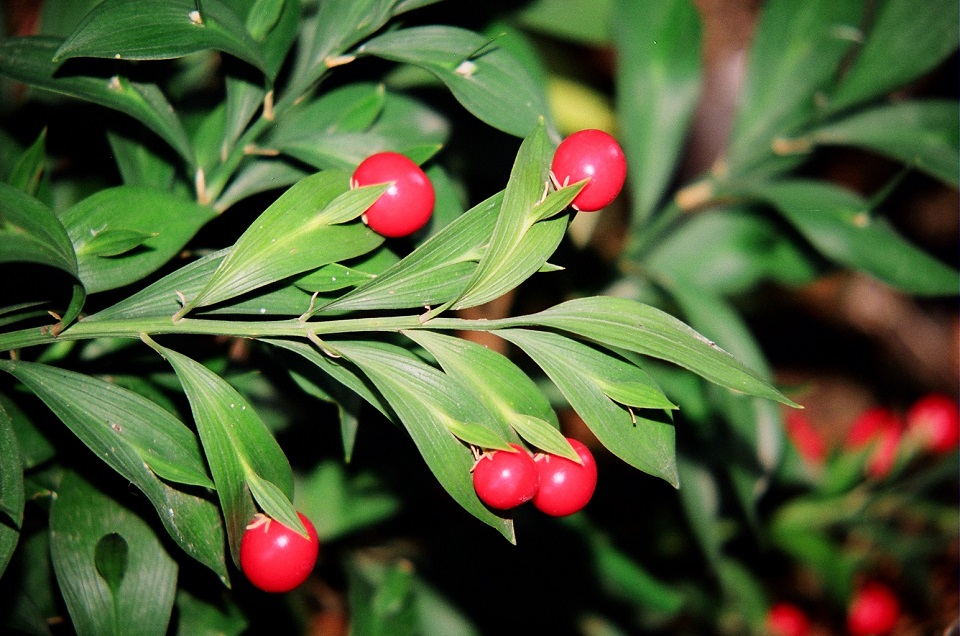 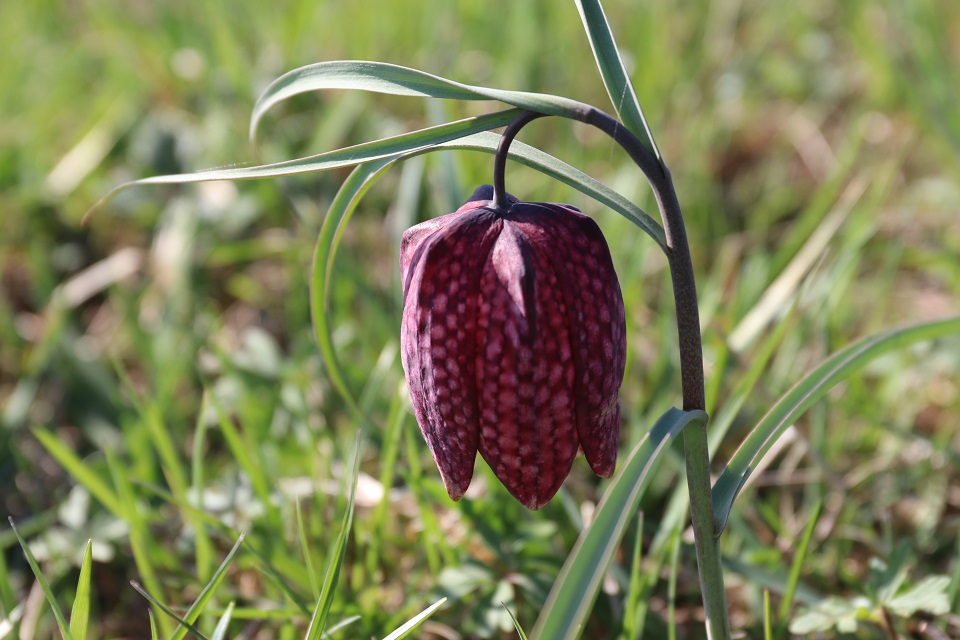 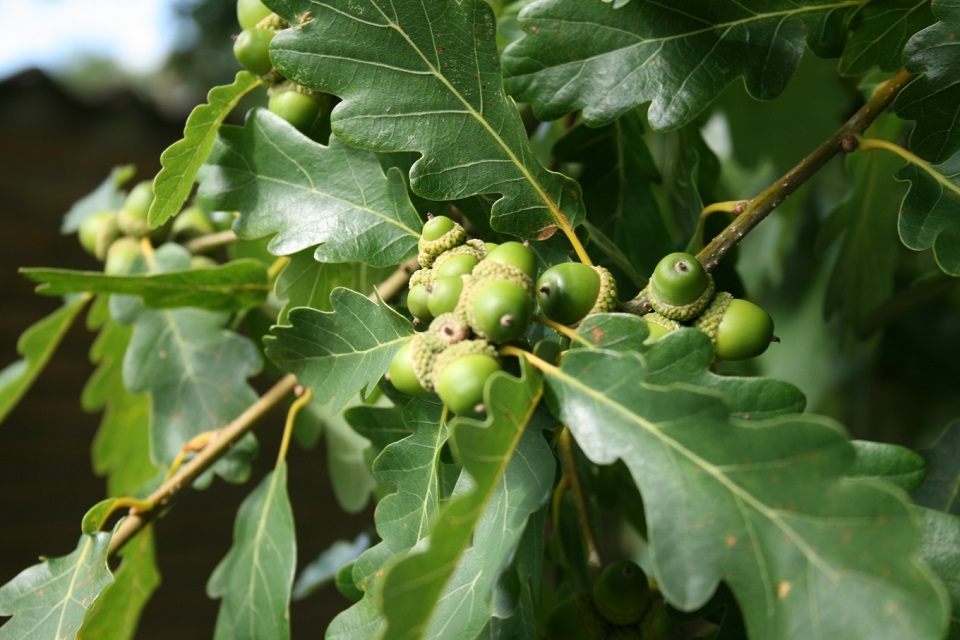