The wonderful world of insects

There are about 34.000 different insect species living in Hungary, making them by far the most populous and diverse group of fauna. They appear in all types of habitat, from forests through wetlands to cities.

The large copper dwells in the wetlands alongside the Drava. Its wingspan is 3-4 cm, significantly larger than the other species of copper butterflies. The bright, orange coloured wings with black edges are usually reserved for the males only. Two, or less commonly, three generations are hatched a year, the first being more vividly coloured and larger than the rest. It primarily feeds on different species of sorrel. Due to the drying up and gradual disappearance of wetlands, the habitats of the large copper are in decline.

Arguably the most spectacular domestic insect species is the praying mantis. Among the more than 2000 species in the mantis order, it is the only one native in Hungary. It is a thin, green predator: during its larva period it feeds on aphids, while the adult insect, as a universal predator, preys on almost any other insects. Gardeners like the praying mantis because it destroys many pests. It attacks from a hiding place with a stiff body, gripping its prey with its bent, spiked forelegs. The females can grow up to 6-8 cm, the male are smaller in size. Somewhat bizarrely, in four or five times out of ten, the female devours her mate, to obtain important nutrients.

Woodboring beetles are 0.5 cm long insects with cylindrical bodies and are pests of living trees. They drill themselves under the bark of the tree, where they bore unique threads. They lay their eggs in these recesses, tens of thousands at a time. After breeding the insects die, but the hatched larvae continue to destroy the wood. While the roughly 80 species of woodboring beetles damage living trees, the similar Ptinidae family prefers already dead or decaying wood. These beetles, such as the common furniture beetle, or the museum beetle, can also get into wooden building structures of old furniture. The lay their eggs in the wood, and the larvae with their strong mouthparts chew boreholes through the material. Old wooden items sometimes emit a faint ticking sound because of these species.

The stag beetle is the largest beetle in Europe. With their enlarged mandibles, the males can grow up to 7-8 cm long, while the females are smaller and have no antler-like mandibles. This phenomenon is called sexual dimorphism. The stag beetle lays its eggs about half a meter underground. The larvae can grow up to 10 cm in length, and with their strong mouth organs chew on decaying wood. Since this food source is not exactly rich in energy, their development is slow, the larval phase lasts 5-6 years. The adult insects, or the imago, appear in May and June. They are capable of flight, but being awkward and clumsy in the air, their voyage usually ends with a thud, hitting a tree or a wall. Their giant mandibles have only decorative purposes, for food they suck the sap out of the trees. The imago has only one task in life, and that is to breed: the males die after a couple of weeks, the females a little later, after laying their eggs.

A spectacular insect living in the wetlands is the emperor dragonfly. Its 6-8 cm body length is only considered remarkable today, as fossils prove that in prehistoric times, 300-400 million years ago there were dragonflies ten times bigger than the current ones. Back then, the oxygen level of the Earth’s atmosphere was higher, which meant that insects without lungs, breathing through tracheas connecting tissues with the air, could grow to giant sizes. The males’ abdomen is light blue, and that of the females’ is greenish. Its prominent, compound eye consists of about 30.000 facets. Unlike other insects, it can move the two pairs of membrane wings separately. It possesses the unique skill of hovering and flying backwards – apart from them only hummingbirds can do that. The emperor dragonfly is also capable of acrobatic aerial stunts: it catches its prey, other flying insects, in flight, and couples often mate while flying. It lays its eggs on aquatic plants. After hatching, the larvae pursue a predatory lifestyle underwater for 1-2 years, moulting 16 times in the meantime. The adult insect lives for about a month, one can encounter it near water from June to August. 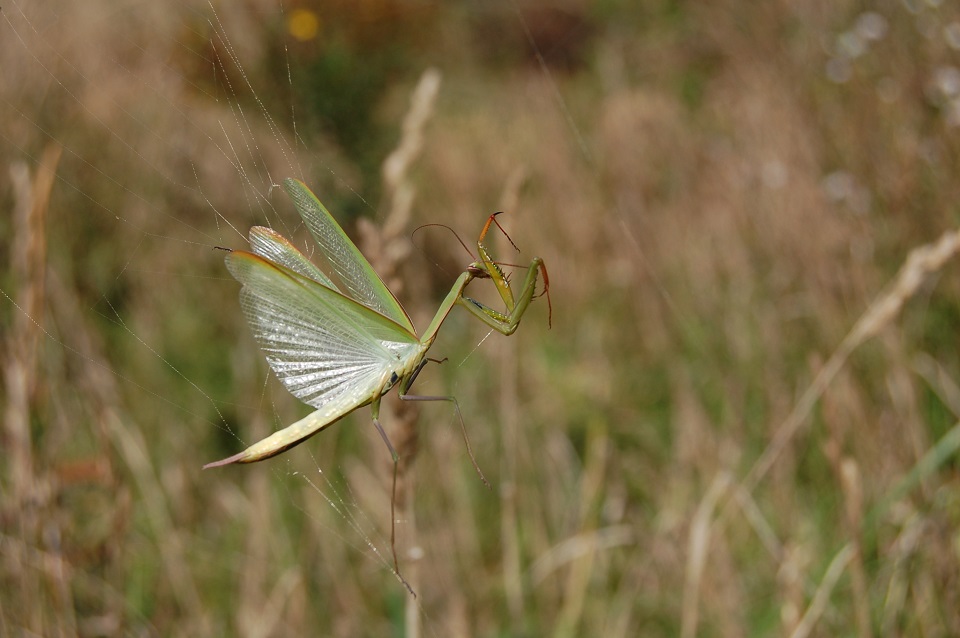 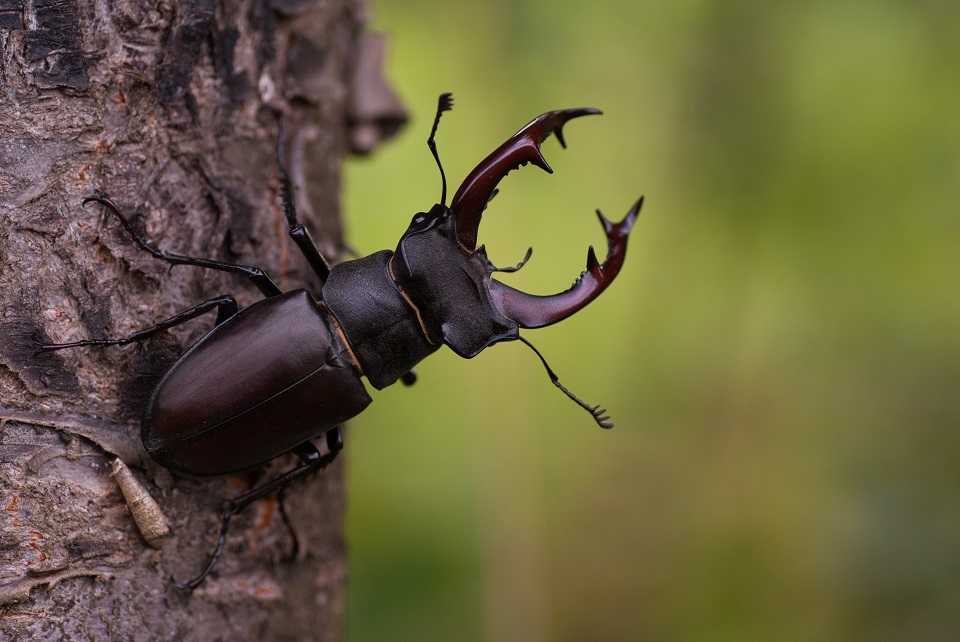 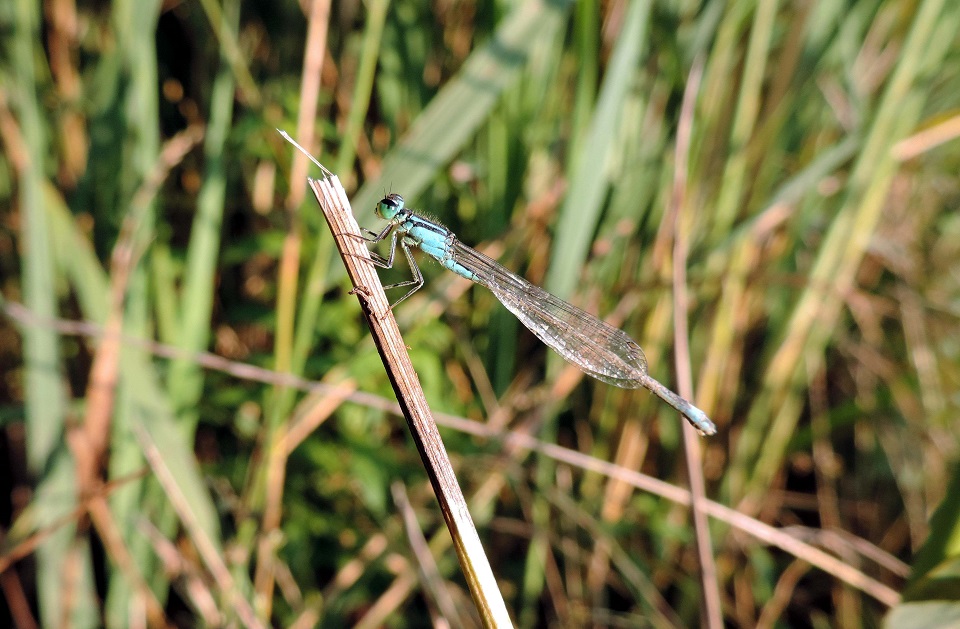 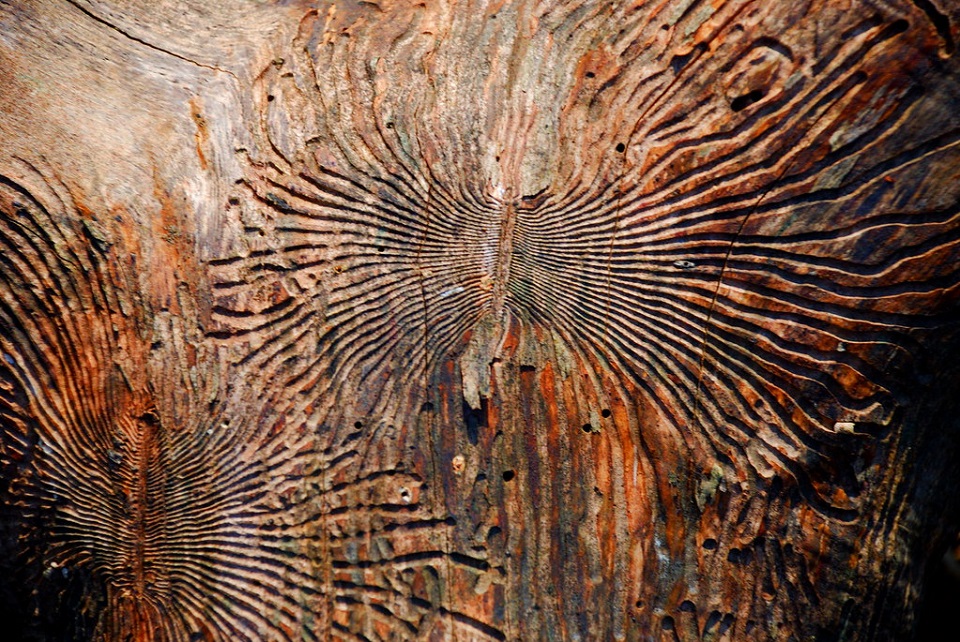 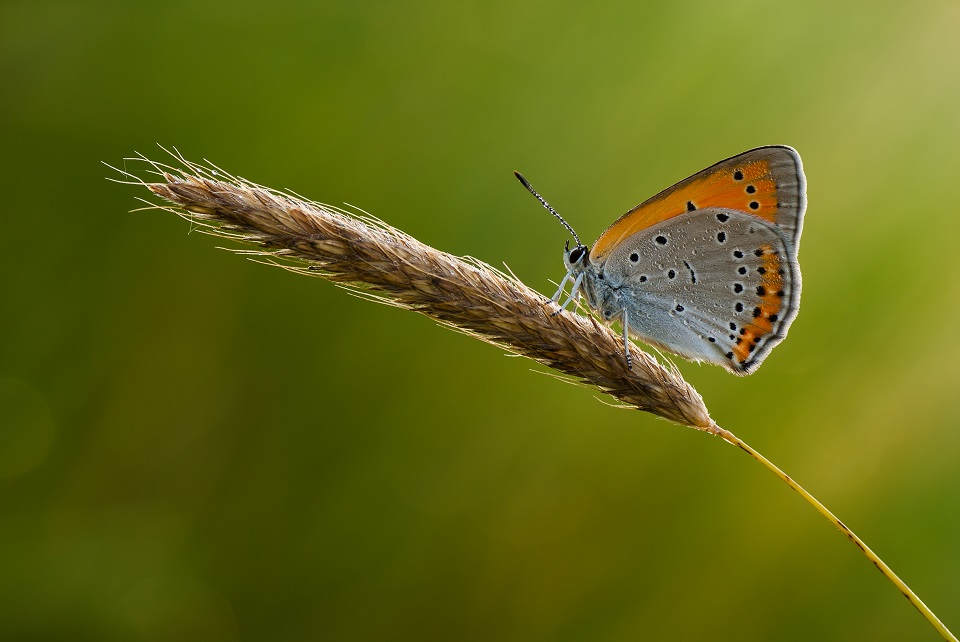 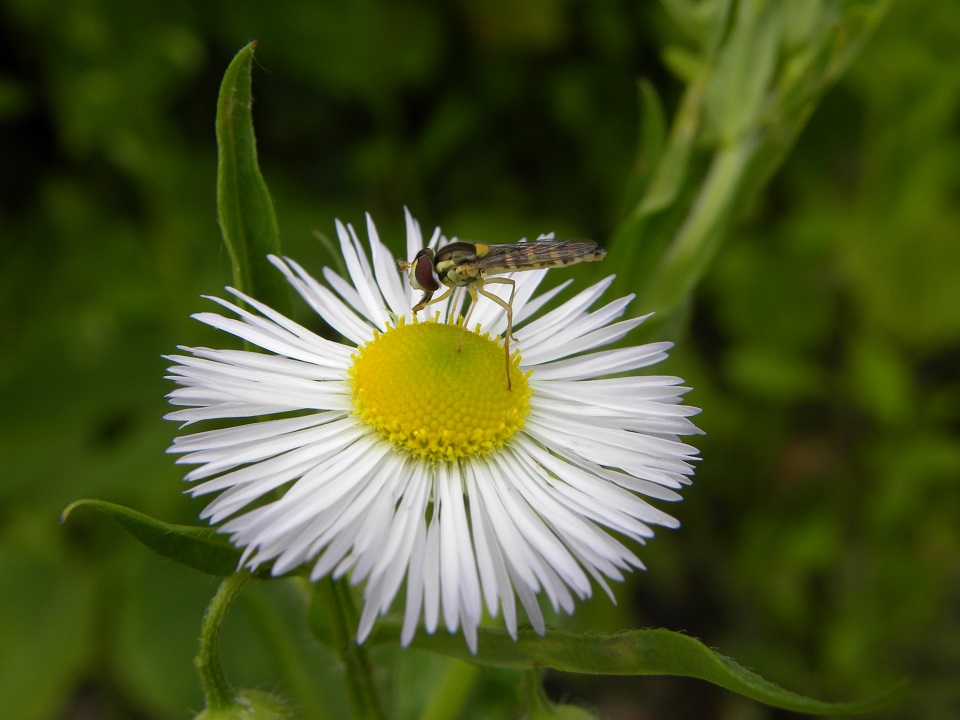